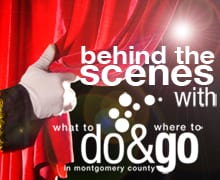 There’s good enchantment and bad enchantment and Imagination Stage’s new production of The Lion, The Witch, & The Wardrobe (LWW) has them both. Imagination Stage, teaming up with The Washington Ballet, has created a bewitching interpretation of this epic tale that is easily accessible to young children.  Parents and children will love the delightful set, the incredible dancing and this enthralling story performed by a talented cast of actors. Click here to see a short video about the show. 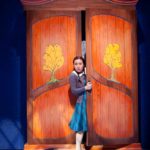 As a mother, what really commands my interest now are the big life lessons in this show. You can’t tell your child a life lesson; he won’t listen. But you can slip it in, like spinach in a brownie, using stories.  In LWW there are some wonderful character building and life lessons. Here’s the biggie for me: No matter how bad your offense may be, your family will always love you.
My son is moving into middle school and you know what they say—little people, little problems; big people, big problems. My son has a solid moral compass, but middle school will challenge him and our family, I’m sure. When that happens, I want him to know that his dad and I will always be there for him: to support him as he struggles to deal with tween issues, to help him make the right choices, and to deal with the consequences when he makes the wrong choices. 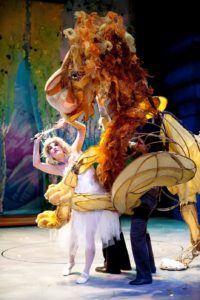 LWW is all about choices and temptations. LWW relates the adventures of the four Pevensie children in the magical land of Narnia which is under enchantment by the evil White Witch. Author C. S. Lewis often referred to LWW as a “fairy tale.” This might seem odd if you think fairy tales are fluff. But, if we dig past the Disney whitewashing of stories like “Cinderella,” we find in fairy tales what renowned child psychologist Bruno Bettelheim called deeper magic. I call it life lessons material.
In his wonderful book, The Uses of Enchantment, Bettelheim writes that fairy tales demonstrate to children that severe difficulties in life are unavoidable but if one meets the challenges presented, one will emerge victorious at the end. (Major life lesson here!) Bettelheim also tells us that children develop a moral conscious by identifying with the hero as they struggle against evil. So, it’s not just Cinderella’s goodness and physical beauty that are important. It’s her continued acts of goodness in the face of extreme hardship that lead her to triumph in the end. That’s the message in the old fairy tales.
Because I have a son, I looked for fairy tales about boys. Eventually, we moved to what I call modern fairy tales: LWW and the Harry Potter stories. Both feature a boy struggling against external and internal evils on his journey to becoming a man, a good, moral and just man. 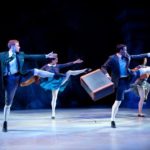 In LWW, the character of eight year-old Edmund is a selfish brat. He’s been displaced as the family baby by the adorable Lucy. He has two bossy older siblings, Peter and Susan. All around him is the chaos of WWII. While the other children bravely contend with the chaos, Edmund is anxious and feels he doesn’t belong.  Since a child can’t say this in words, Edmund acts out and tells lies. These dark and confused feelings are beautifully expressed in two very powerful scenes featuring Rafael Cuesta, the actor that plays Edmund, and Daniel Savetta, Edmund’s dancer-self.
Ultimately, these dark feelings weaken Edmund. When the White Witch offers him a delectable candy, a box of Turkish delight, Edmund does what every parent fears: he eats candy—enchanted candy—from a stranger. After that, Edmund’s easy pickings for the White Witch and he does the unthinkable: he betrays his family in order to become a king. Click on the camera icon for short video about Edmund’s Story of Treachery and Turkish Delight.

Children (and adults) can identify with Edmund. We’ve all been on that fast train to self destruction at one time or another.  That’s partly what makes this story so powerful. Edmund’s sins are great. He must take responsibility for his mistakes and make amends. These struggles lead to maturity. Happily, when he does ask for forgiveness, Edmund’s siblings and the parental figure of Aslan, ruler of Narnia, welcome him back into the fold. Love is the ancient magic that underpins the story, while growth and character development drive the plot.
But, less I make this production sound boring and morally officious, let me give you this assurance:  your child will be so enchanted with LWW that he’ll NEVER know this is a parentally-approved life lesson and character building exercise. Nope. He’ll just be having fun and so will you.
After the show, chat with your child about the meaning(s) of the story. What it meant to him. What it mean to you. Then, let it percolate. Amazing things grow in the fertile minds of children where enchantment and magic are ever present.
The Lion, The Witch, & The Wardrobe will be at Imagination Stage (Bethesda) until August 12. Suitable for ages 5 and up. Click here for ticket information.