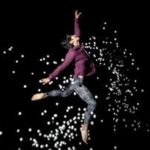 topher K. Morgan of Bethesda was awarded a 2013 Artist Fellowship by The Native Arts and Cultures Foundation in Vancouver, Washington.
The Native Arts and Cultures Foundation, a national charity dedicated to the revitalization, appreciation and perpetuation of Native arts and cultures, has awarded a total of $200,000 in awards to 12 American Indian, Alaska Native and Native Hawaiian artists. Through the 2013 Artist Fellowships, the foundation recognized indigenous artists in six disciplines: dance, film, literature, music, traditional and visual arts. The artists, who live in eight states, received awards of $10,000 – $20,000 each. 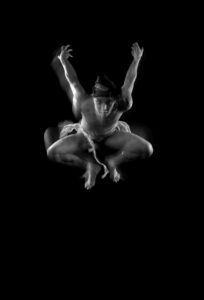 The recipient of one of two awards in dance, Christopher Kaui Morgan (Native Hawaiian), is thrilled to be chosen for this $20,000 unrestricted award. “The funds this generous fellowship provides will greatly impact my work over the next year. It will afford me the time to investigate, to create and to find the right collaborators for a new solo work that I have been incubating but not had the resources to fully develop yet,” says Morgan. “Additionally, having just started a professional dance company a year and a half ago, it will also help me with the personal financial investments I made in starting the company.”
“It is our mission to provide support and to nurture the creativity of this country’s Native artists,” says foundation President/CEO T. Lulani Arquette (Native Hawaiian). “We congratulate the 2013 fellows for inspiring their communities, for their vision, their innovation, and for bringing the creative spirit of Native peoples to the world.” To learn more about the 2013 Fellows and the Native Arts and Cultures Foundation, visit the foundation at: www.nativeartsandcultures.org
Mr. Morgan also received a FY13 Grant to Individual Artists and Scholars from the AHCMC ($3,000). Grants funds will be used to commission renowned choreographer Christian Von Howard to create a solo dance for Montgomery County based choreographer & performer Christopher K. Morgan. The work would be performed independently & for Mr. Von Howard in the ’12-’13 season.
About Christopher K. Morgan
Christopher Kaui Morgan is a choreographer and dancer whose work stems from a belief in the urgency of live performance in an increasingly isolating, commercial, and digital world. Growing up in Orange County, California, Morgan learned the Hula of his Hawaiian ancestors from his family. He brings his diverse heritage and over 15 years experience as a dancer, educator, choreographer and arts facilitator to directing his Washington DC area contemporary dance company, Christopher K. Morgan & Artists. His 2010 work +1/-1, won the 2010 Dance Metro DC award for Outstanding New Work. In April of 2011 he was profiled by Dance Magazine as one of six breakout choreographers in the United States. Morgan also directs the Dance Omi International Dance Collective, an annual residency for choreographers in New York and is the Artist in Residence in the Dance Program at American University.  Learn more at: www.christopherkmorgan.com