I remember reading an article sometime in the 90s when I was a college student living with my parents in a tiny apartment, as was customary in South Korea. The article talked about the prosperity of America, more specifically the American Dream of owning a beautiful house with a two-car garage. Yes, a garage—built separately from the living quarter—that holds two cars. The article was accompanied by a photo of a typical suburban single house with two garage doors and a big green lawn. 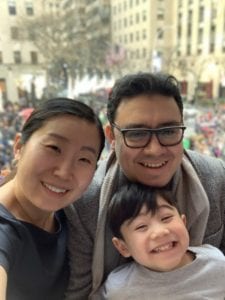 Where I grew up in Seoul, South Korea, privilege is measured by the size and location of one’s apartment. Owning a single-family house is reserved for the super-rich. The dream for the middle to upper class is to own a 3–4 bedroom apartment between 1000 and 1500 square feet that is south of the Han River. If you already have that dream apartment but then suddenly imagine a house all to yourself, with enough land for cars, trees, a playground set, a gazebo and whatever else you may want to put in there —the aspiration for the American Dream is born.

I am happy to observe many immigrants realize this version of the American Dream through hard work and dedication. Soon, the said dream house is fitted with a game room in the basement and a pool in the backyard. And finally, we are proud to say we own a place in America. However, no one tells you about the much harder journey that lays beyond: reaching the True American Dream. It’s just around the corner. You can almost see it through the periphery, but you turn around, and it’s gone. It is almost reachable, but not quite in your hand. It is the Ownership of Space.

A Space in Society

The Ownership of Space does not come with a deed or a mortgage statement. Its concept is abstract and intangible, but its power (and lack thereof) is oh so visceral and lasting. The journey to own a space in a society is much different and much more difficult than owning a place on the land, especially and because your identity is defined by the look (race and/or ethnicity) you carry and present. More specifically, because the look you have is different from the look projected by the rest of society.

“ By ‘special occasion’-izing stories about people of color, we mark these stories as being outside the norm.”

America is the land of immigrants. But we can’t ignore the fact that somehow along the way, the word “immigrant” became associated with people of color. Third-generation Asian Americans experience being yelled at in the middle of the street to “go back to China” but, actual immigrants from Germany or England never encounter such episodes. Because the first outbreak began in China, coronavirus is sometimes called the “China virus.” These are only a couple examples of prejudice; the recent violence against Asian Americans has been a long time coming. Too often, we only see stories of Asians featured around Chinese New Year. But, by “special occasion”-izing stories about people of color, we mark these stories as being outside the norm. We can’t expect average citizens to treat their fellow Asian Americans as part of the fabric of American society when the Asian American story has not been told like so.

Creating Space in the Creative Sector 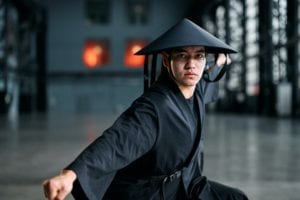 When examining this issue, we must consider the arts and our role in society. We are partially responsible for projecting a certain image of our society. Think about how Asian culture is heavily represented during AAPI Heritage month in May, in comparison to the rest of the year. Think about a musical with an Asian lead – the plot probably happens in an Asian country. Too often and too long Asian characters on big and small screens have had stereotypical “Asian” characteristics: they are Kungfu fighters or ninjas or dry cleaners. Now reverse it and think about the last film you saw with an all-White cast —it most likely carried a story of… people. Just people. A story about growing old or love or friendship or family or life. Orchestras and opera companies don’t need a special occasion to feature white soloists or works by white composers.

“I hope we all commit to telling stories of, and for, and by all of us. “

The good news is, changes are happening all over the arts industry. Hamilton told the story of America with an entire cast of people of color. I see actors of color cast in regular human stories. I see immigrant stories told as American stories and embraced as such. I see not only more artists of color on stage, but also people of color making it into the decision-making rooms and shifting the industry. We are starting to tell the story of America like it is: one united melting pot of so many colors and cultures.

The pandemic helped expose the ugliness of society, and the art sector responded with passion and urgency. My wish is that the work continues, even after the world finds its way back to normal. I hope we all commit to telling stories of, and for, and by all of us.

In the middle of the pandemic, in the middle of the BLM and #StopAsianHate movements, I was sworn in as an American Citizen after living in the country for almost two decades. Not only do I live in America, but I am American. In addition to the deed of my home in Silver Spring, Maryland, I now would like a deed for the Ownership of Space in this society. And as an arts industry professional, I will continue to do my part in creating that space for people like me.